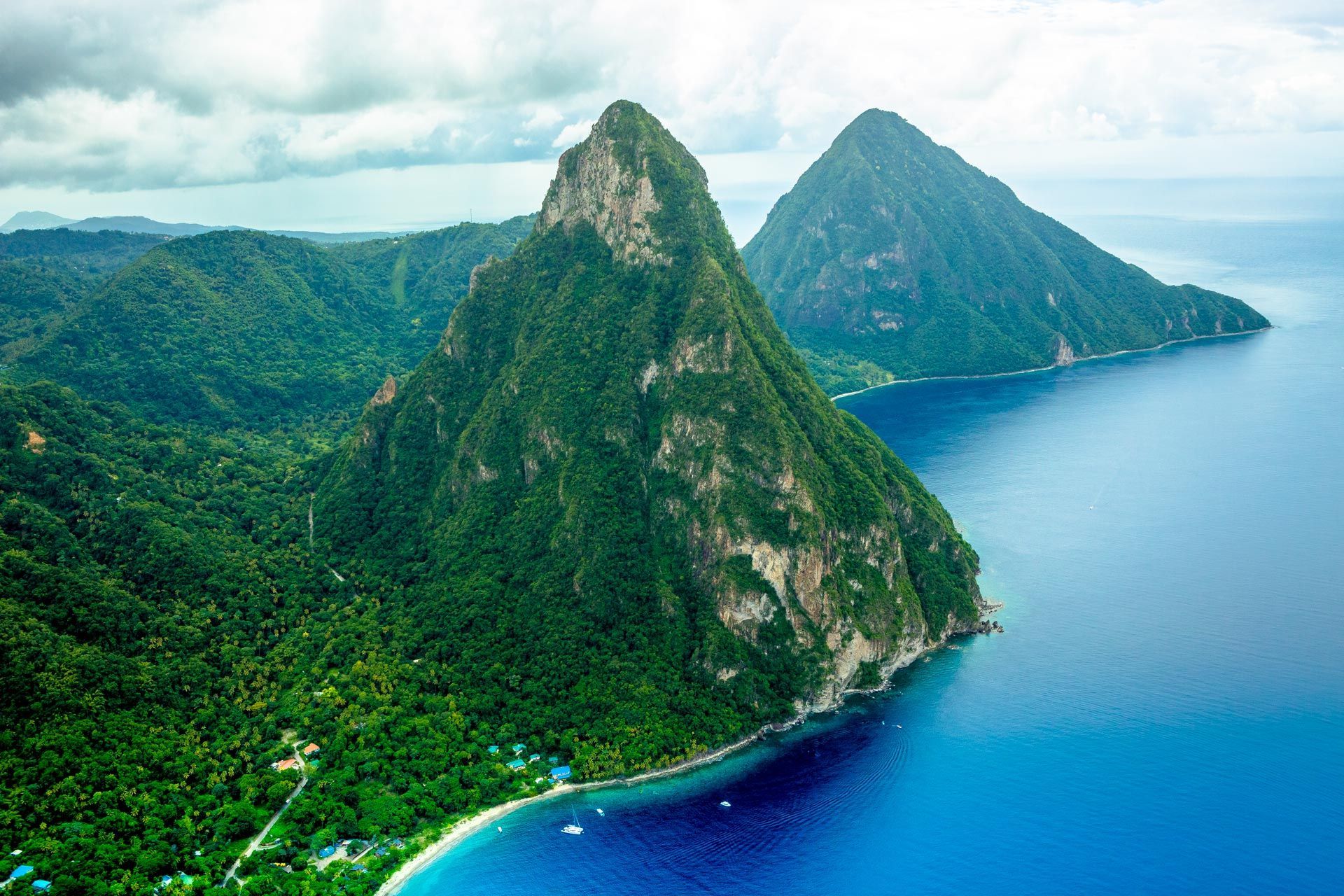 Saint lucia is an island country in the West Indies in the eastern Caribbean Sea on the boundary with the Atlantic Ocean. The island was previously called Iyonola, the name given to the island by the native Arawaks, and later Hewanorra, the name given by the native Caribs, two separate Amerindian peoples. Part of the Windward Islands of the Lesser Antilles, it is located north/northeast of the island of Saint Vincent, northwest of Barbados and south of Martinique. It covers a land area of 617 km2 (238 square miles) and reported a population of 165,595 in the 2010 census. St. Lucia's largest city is Castries, its current capital, and its second largest is Soufrière, the first French colonial capital on the island. Read more.